Cyprus portal - All about the mediterranean island

Paphos in Cyprus - tourism, sightseeing & tips
The port city of Paphos, on the west coast of Cyprus, is a historic city with a glorious history dating back over thousands of years. The city, which has been…
Read more
Limassol - Beaches, Sightseeing & Tips
Limassol is the second largest city of Cyprus and is situated between two ancient city-kingdoms, Amathous to the east and Kourion to the west, two of the most interesting archaeological…
Read more
Sights in Ayia Napa - Nature, Party & More!
Agia Napa is one of the most popular tourist centers in Cyprus. Due to its beautiful sandy beaches with crystal clear blue waters and the many attractions it has become…
Read more
Sights in Nicosia - The Divided Capital of Cyprus
Nicosia (Greek: Lefkosia) is the capital of the Republic of Cyprus and is located in the center of the island. Nicosia is a lively and modern commercial and business metropolis.…
Read more
Events, Concerts & Shows in Cyprus - Annual Calendar
The calendar of events in Cyprus is marked by culture, music and folklore. Spectacular events take place throughout the year, with big stars and in romantic locations - in medieval…
Read more
Cyprus is famous worldwide as a year-round sunny vacation paradise with gorgeous beaches, blue skies and warm waters. Yet the fabulous island has much more to offer: Traditional villages, idyllic vineyards, chapels decorated with frescoes, remote monasteries, ancient churches and inhabitants who welcome their guests with open arms. In the course of its eventful past, many Mediterranean cultures have left their traces on the island of Cyprus. Let yourself be inspired by the still preserved originality of this diverse vacation island!

Discover Cyprus with its beautiful sandy beaches and its unique sights, or plan online your next Cyprus last minute vacation and book interesting excursions and tours.

Did you know about Cyprus ... 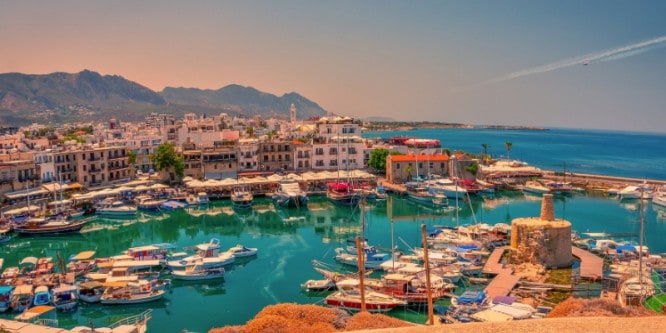 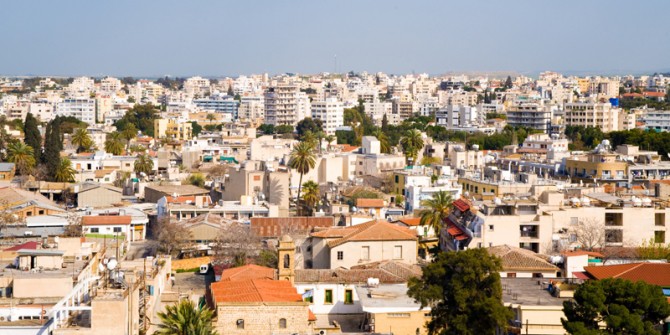 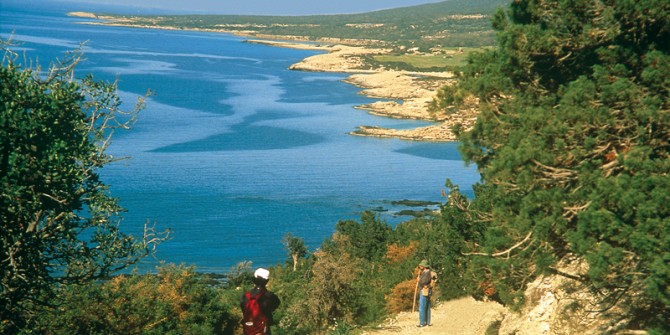 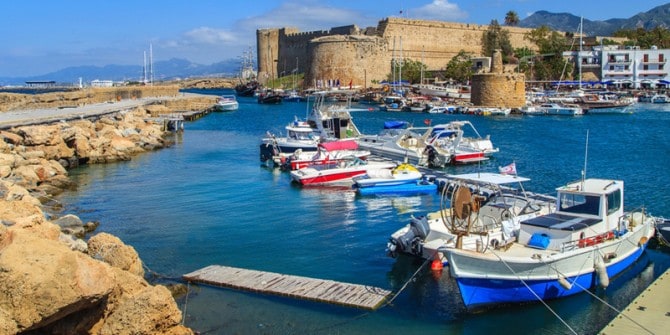 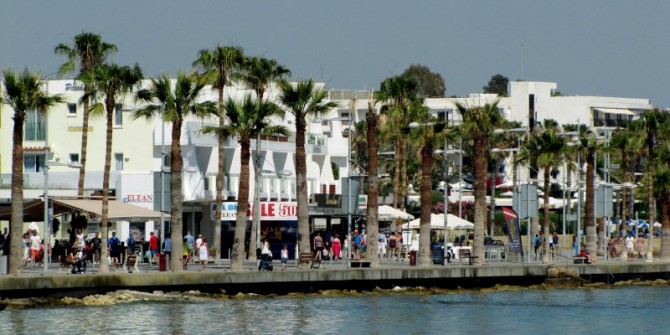 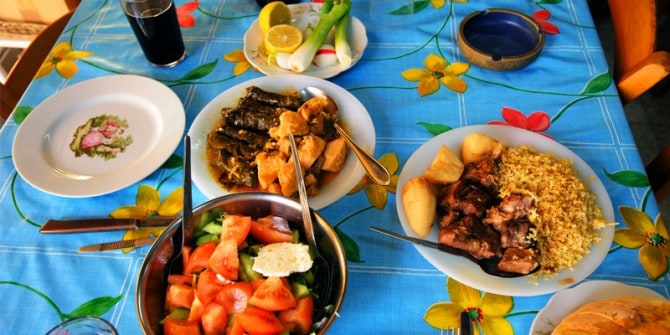 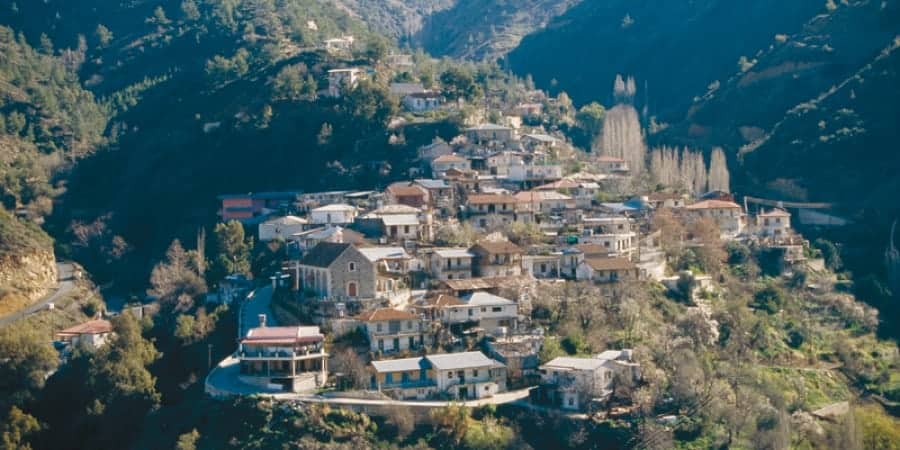 Recent blogposts about the island

Invest In Cyprus – A Guide To Cyprus As An Investment Hub
In recent years there have been an increasing number of people looking to invest in Cyprus. The reasons for this are many and varied. Let's look at what Cyprus has…
Read more
Navigating Cyprus – A Guide To Car Hire Cyprus
Cyprus is a beautiful island nation located in the Eastern Mediterranean, known for its picturesque beaches, ancient ruins, and delicious cuisine. If you're planning a trip to Cyprus, renting a…
Read more
20 Amazing Things To Do In Cyprus
Cyprus is an island country located in the Eastern Mediterranean, and it is known for its stunning beaches, ancient ruins, and delicious food. With a rich history and culture, there…
Read more
The Best Cyprus Beaches – Your Perfect Summer Destination
Cyprus, a small island nation located in the Eastern Mediterranean, boasts an exceptional coastline, crystal-clear waters, and sun-kissed beaches. Whether you're a sunbather, swimmer, or marine wildlife enthusiast, Cyprus has…
Read more
The most important museums of Cyprus
The most important museums in Cyprus are located in Agia Napa, Larnaca, Nicosia, Limassol, Paphos. Here you can find information about the most important museums on the Mediterranean island. Museums…
Read more
Shopping in Cyprus - Clothing, Souvenirs & more
A shopping tour in Cyprus leaves almost nothing to be desired. Experience the hustle and bustle of the markets, where fresh fruit and vegetables, fish and meat, as well as…
Read more
Sports & Leisure - Activities in Cyprus for all seasons
Cyprus is an ideal destination for a sports vacation. From biking to windsurfing, a wide variety of sports and leisure activities are offered to suit all tastes. Diving In all…
Read more

Interesting facts about Cyprus & its history

Cyprus is the third largest island in the Mediterranean after Sicily and Sardinia. The island is located east of Crete and south of Turkey in the eastern Mediterranean Sea. Since 1974 Cyprus is divided into North and South Cyprus. While the southern part belongs to the Republic of Cyprus, the northern part is under the Turkish flag. Between the two parts lies the "Green Line", a kind of buffer zone between the two halves of the island and the city of Nicosia.

The Republic of Cyprus (Southern Cyprus) has been a member of the European Union (EU) since 2004. The best way to reach the island is by plane. The main airports are located in Larnaca and Paphos. To enter the Republic of Cyprus, EU citizens and Swiss citizens only need a valid identity card or passport. For children under the age of 16, a child's ID card or an entry in the parents' passport is required. For the northern part of the island of Cyprus you need a valid passport, unless you enter via the "Green Line". In this case an identity card is sufficient.

Cyprus is a left-hand traffic country! You drive on the left, the road signs and signposts are in Greek and English and the traffic circle always has the right of way. You should honk at curves with limited visibility!
Cyprus has a well-developed road network that is constantly being expanded and improved. Highways connect the largest cities. There are no railroads, but there are inexpensive shared cabs and buses. If you want to rent a car, you will find a wide choice at the airport or in the cities and resorts.

Weather in Cyprus - The sunniest island in Europe

Cyprus has a Mediterranean climate with hot and dry summer months and mild winters. Precipitation falls mainly in the months of December to April. In summer, a mostly hot desert wind blows over the sea. On the Mediterranean island you will find the warmest water temperatures in the Mediterranean with up to 28°C. Cyprus is a year-round destination. Among nature lovers, the months of April and May are particularly popular because of the splendor of the flowers.

Excursions to the island's sights can be booked on the spot at the hotel, with the tour guide, with local operators or online in advance. The excursions take place in modern, air-conditioned buses and under expert guidance. Here are some tour recommendations and sightseeing in Cyprus.

Your travel blog all about Cyprus.
© Copyright 2022 - Visitzypern - All Rights Reserved